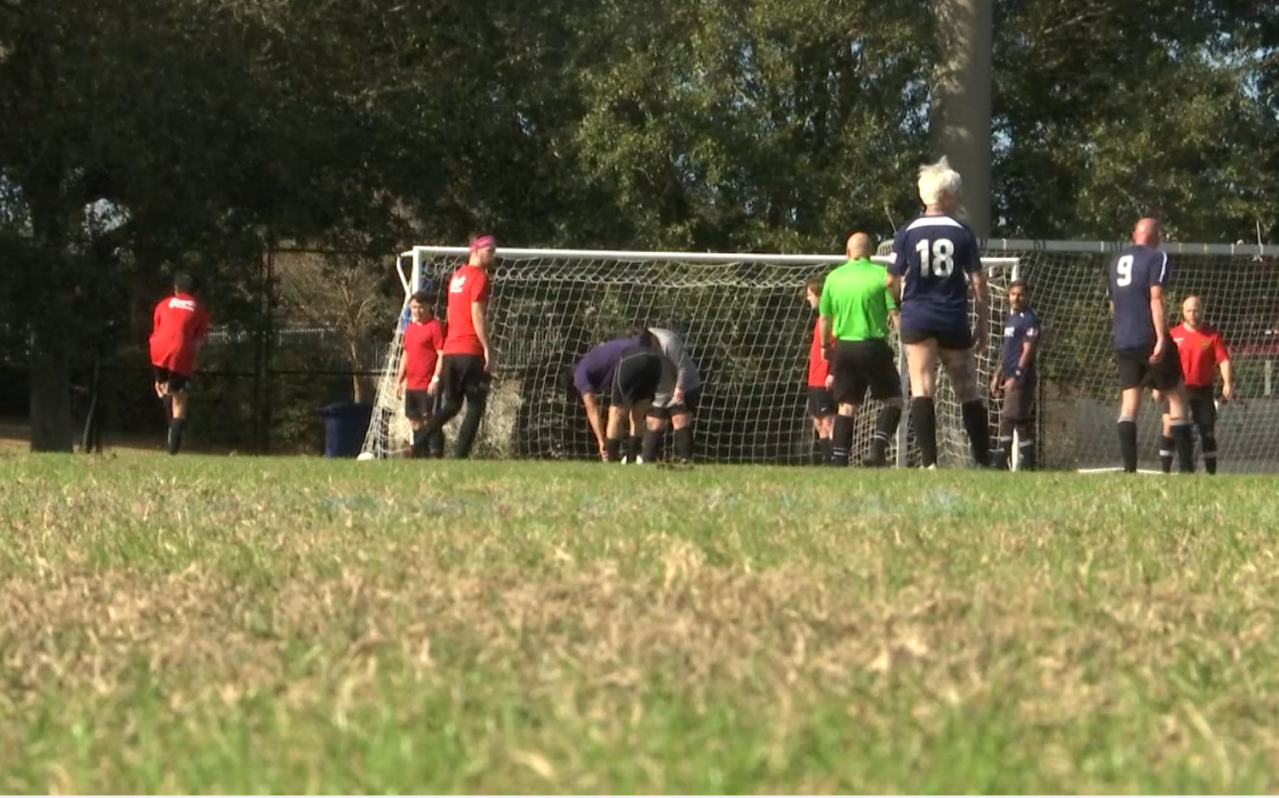 CHARLESTON, SC (WCBD) – On Sunday, several first responders teamed up for a good cause raising funds for cancer research at a charity football game hosted by the Charleston Battery.

The charity football game was held in honor of Charleston Police Chief Luther Reynolds following the news of his cancer diagnosis in November.

“We’re thrilled to be here, we’re raising awareness for the American Cancer Society and we’re also funding through a raffle, and all in honor of Chef Luther Reynolds,” said Sundi Herring, associate director of ACS. “We’re here to support it, but also to have fun raising funds to support other cancer patients.”

Since Chief Reynold’s announcement, the community and law enforcement have shown support in a number of ways, including DPC officers shaving their heads in his honor.

For the past three years, law enforcement agencies across the region have participated in Battle of the Badges, and the agencies plan to continue playing together to raise money for cancer research.

“It’s not about me, there are so many people battling cancer, and this time of year to be a part of uplifting others and being a part of oneness and being part of the community. difference, whenever you can, it’s a good thing, ”says Chef Reynolds

The American Cancer Society and the Charleston Police Department are accepting donations for a fundraising challenge. Donations can be made here.