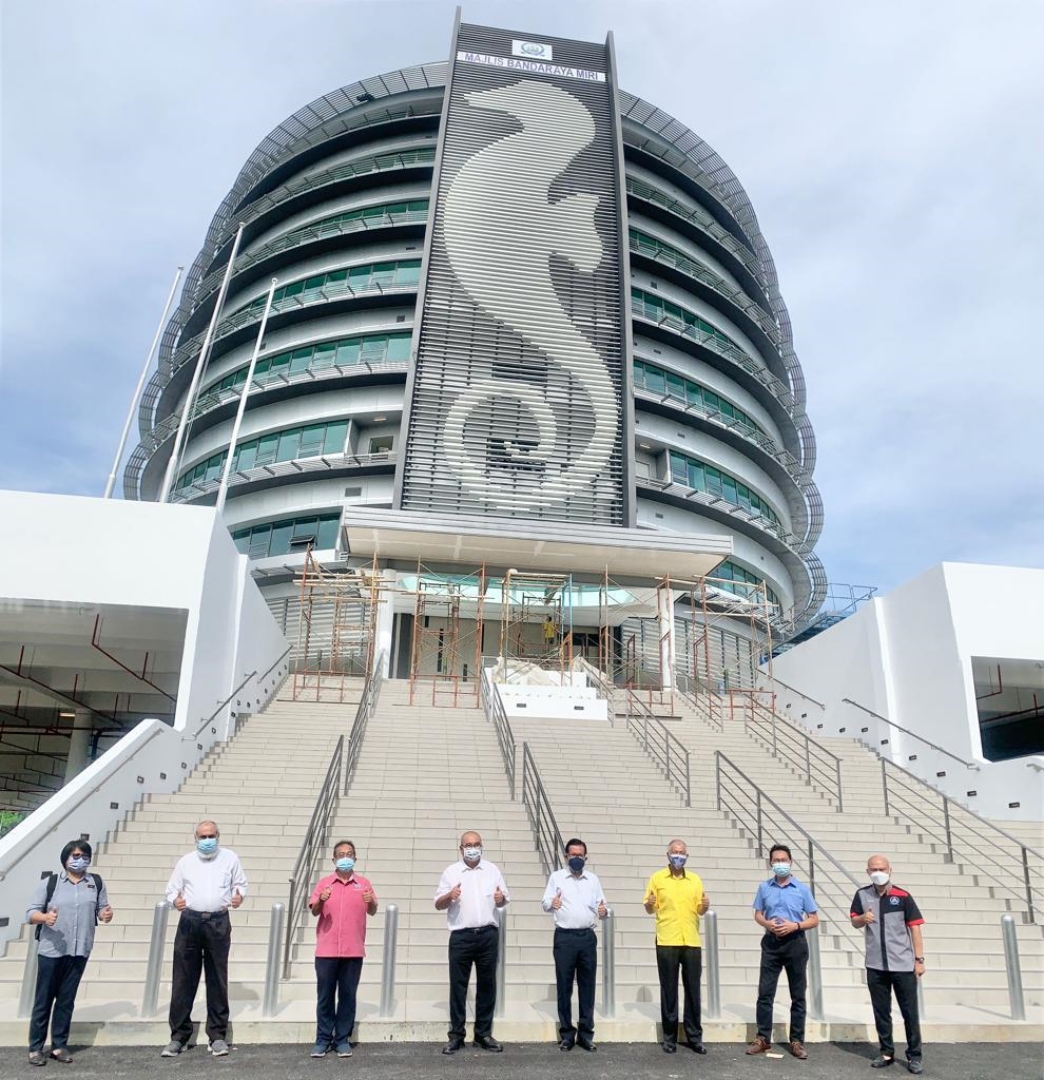 (From third from right) Ting, Lee, Yii and others pose in front of the new town hall in Miri Marina Bay. – Photo UKAS

Transport Minister Dato Sri Lee Kim Shin said the project is now in the final stages involving the roof, while MCC is in the process of organizing the furniture.

“This nine-story building is expected to be completed by the end of the month,” he said in a statement after a site visit yesterday.

Lee, also a member of Senadin’s assembly, said the visit was to inspect the town hall and ensure the necessary preparations were made for the grand opening ceremony.
Facing the South China Sea, the building resembles an oil barrel to reflect Miri’s past as a thriving oil town. It is the new emblematic monument of the city.

In addition to providing digital management and administration, the town hall project is also part of MCC’s vision to make Miri a smart, green and seaside city.

The building design incorporates elements of the green building index such as efficient use of energy and water, environmental quality assurance, sustainable site planning and management, efficient use of materials and resources; and innovative design and promotion of sustainability in the built environment.