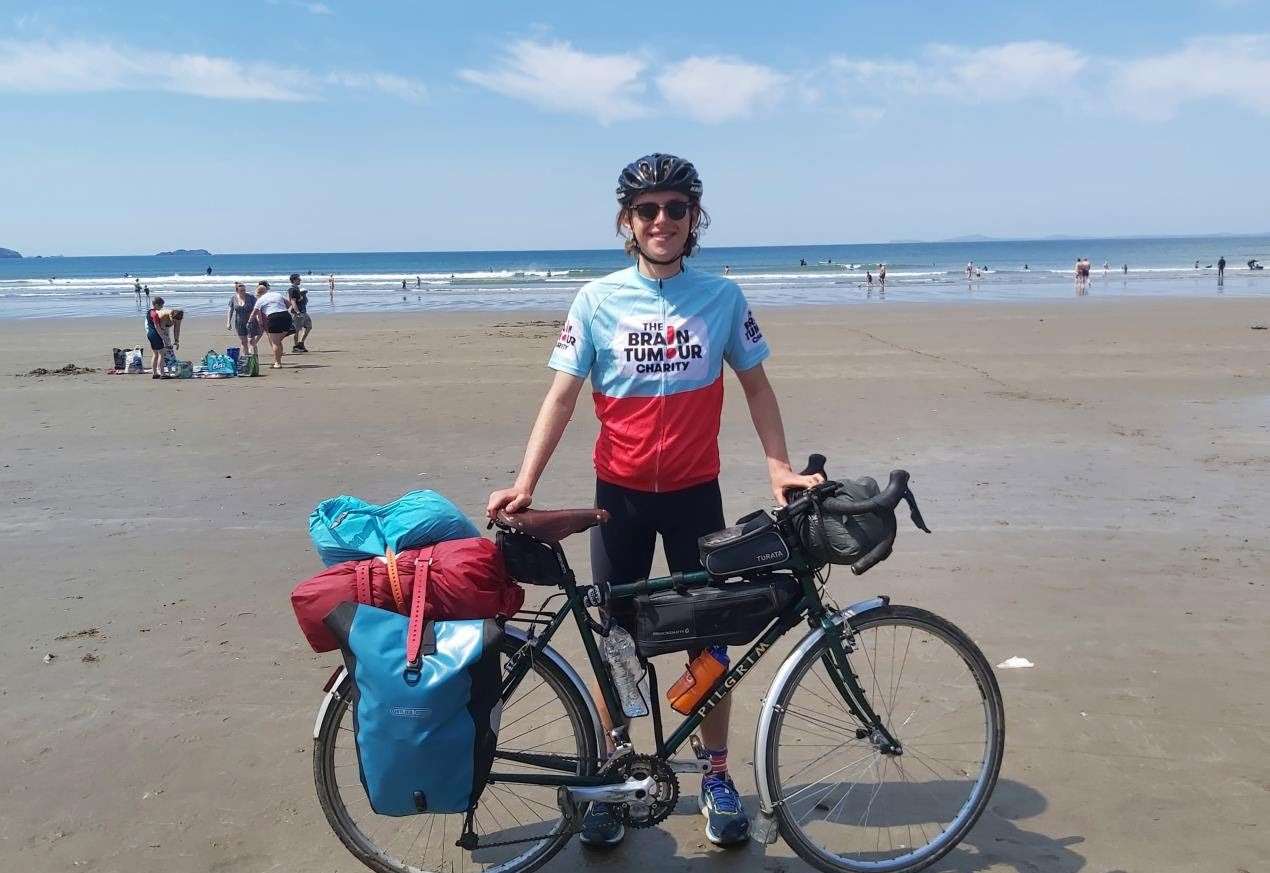 A student raised tens of thousands of pounds for charity after taking a bike tour to find the best full English breakfast in memory of his parents.

The 19-year-old from Tunbridge Wells – who has since been nominated for an ITV Pride of Britain award – has spent just over eight weeks traveling the UK in search of the perfect cooked breakfast.

He racked up 57 days in the saddle and blogged every part of his 2,550 mile trip, plus his fried finds along the way.

The challenge was inspired by the tragic loss of both of her parents, who died within months of each other.

In September 2018, Jeremy’s father, Giles, who had worked as an actor and artist, died of brain glioblastoma at the age of 59.

Then, in May 2019, his mother, Clare, died at the age of 56 from motor neuron disease (MND), diagnosed two years earlier.

Jeremy, who graduated from Bethany School in Goudhurst and will travel to the University of Exeter to study politics and economics, previously told KentOnline how he felt like he was living a ‘double life’ as he struggled at home after losing his parents.

But he says the cycling and the food challenge helped him mourn as he set off from Kent, along the south coast, then to Bristol.

He said: “Cycling is something that really helped me during the lockdown, and I’ve always been a bit of a cooking enthusiast.

“So I got the idea to go on my bike with a tent and some essential supplies, in search of the best breakfast this nation can offer. “

Jeremy left home on May 17 and set out on an epic road that eventually saw him tour Wales and Scotland before returning home on July 12.

In total, he managed to raise over £ 37,000 for the MND Association and the Brain Tumor Charity.

The student said: “I think physically it took me a while to adjust to the road, the first week was always going to be tough, then once in my comfort zone it was better, and of course the hills are never fun, but this is the bike for you!

“Emotionally – talking about my story so relentlessly – you can talk about it and be good with someone, but half an hour later, when it’s just you and your bike, things can start.” to get carried away, and these are just small things on this journey, like hyacinths for example.

“We always used to take hyacinth walks as a family, and when they were all out in force earlier in the summer, every time I saw one, it brought me back there.”

There were a couple of “lonely days” on the road, he adds, but nothing a quick phone call to Sister Jess could help him.

And whether it’s biking or tasting the nation’s favorite portions of sausage, bacon, and beans, Jeremy’s thoughts have never strayed from his parents.

“My mother is quite simply the most selfless and loving person I have had the pleasure of knowing,” he said.

“She was someone who came to invest and invest in others. One of her great loves was cooking and I don’t think there were a lot of things in life that she loved. more than watching his food be enjoyed by family and friends. “

Jeremy also reflected on memories of his father who he was close to and shared a love for Brighton football club together, attending games together.

“Whenever I sat down for breakfast on this challenge, dad was firmly in the front of my mind,” he said.

“My dad was one of those rare people who had the opportunity to sit outside a cafe and chat with strangers for hours.

“He was never in a rush and just liked being surrounded by different characters.

“Something I wanted every day was to eat one more bite with my dad and watch the world go by while we chatted about everything and nothing.”

Jeremy’s efforts have seen him nominated for an ITV Pride of Britain award and the final takes place tonight.

Regarding the nomination, he said: “So far everything seems relatively surreal. ITV contacted about the award three years a week since we lost my dad, so it all seemed very timely.

“Of course I want to celebrate with my parents, but I’m just thrilled that it means more awareness for both charities.

“Being surprised would normally be my worst nightmare, but it was nice to be surrounded by new and old friends.”

Sam Keeble, community fundraiser for the Brain Tumor Charity, said, “Jeremy is a shining example of someone who has used the adversity he has faced to do something positive, for the benefit of others.

“We are in awe of her resilience throughout her grueling challenge and her courage to openly share her grief after the devastating loss of her mother and father.

“Without a doubt, the awareness and funds that Jeremy has raised for The Brain Tumor Charity will have a huge impact on our community, both now and in the future.”

It is estimated that 86,000 children and adults are living with brain tumors in the UK today.

The young ambassadors of the Brain Tumor Charity are helping to raise awareness of this disease, which is also the leading cause of cancer in children and adults under the age of 40.

The association also supports all those concerned so that they can live as full a life as possible. Find out more here.

Read more: All the latest news from Tunbridge Wells