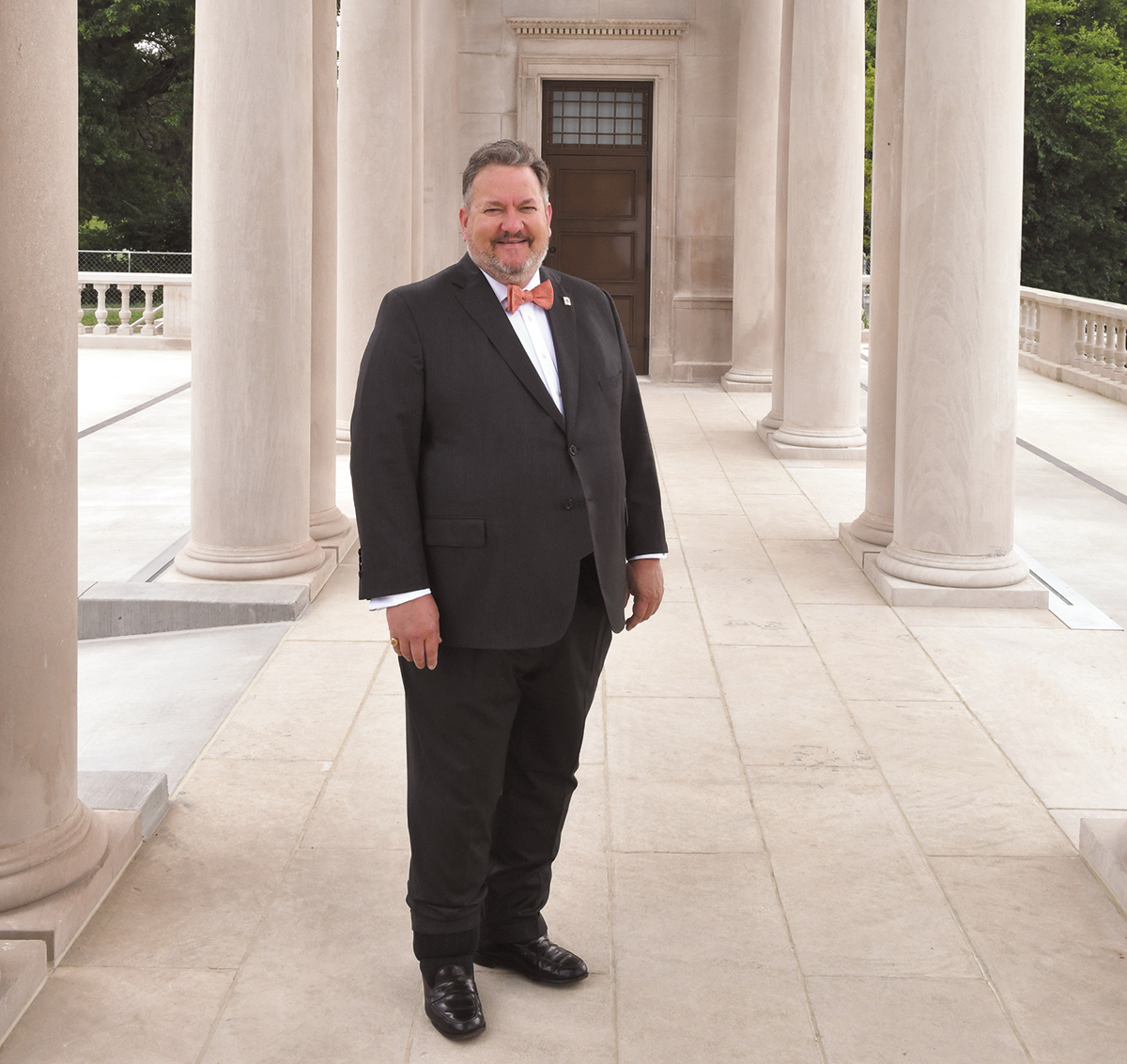 As he prepares for his tenure as president of the Indiana State Bar Association, solo practitioner Clayton Miller is showing strategy.

Specifically, Miller reflects on ISBA’s new strategic plan, which he will be tasked with helping to implement as president of the state bar, a position he will assume on October 15. Miller will also lead the bar through the current challenges of the COVID-19 pandemic, and he wants to address other general issues impacting Hoosier legal professionals.

Miller is no stranger to the leadership ban. Returning to his days with the Indiana Utilities Regulatory Commission in the 1990s, he answered a call to join the Judicial System Improvements Committee and the Membership and Membership Benefits Committee, which he eventually presided.

He would ultimately be named ISBA’s vice-president, leading to the positions of president-elect and, now, president.

“(Miller) is not only a phenomenal lawyer, he’s a good friend, too,” said outgoing ISBA President Michael Tolbert. “He’s a great leader. The bar should really be excited about Clay’s tenure and the presidents who follow him who come from the same mold.

Miller recently spoke with Indiana Lawyer about his plans for his year as ISBA President. Part of that conversation, edited for space, is printed below. The full conversation is available here.

IL: When did you first join ISBA?

Miller: I think it goes back to my time at IURC. Then and still today, ISBA has a very active public service law section and among other things this section organizes our two annual CLE programs and regularly does other things for the public service bar. . And then, also very early on, while I was still on the commission, I responded to a call for candidates for members of different bar commissions, and the then president appointed me to two different commissions. , in which I got involved. Judicial System Committee, I haven’t been on that committee for probably over a decade. The other committee was the Membership and Benefits Committee. The vice-president of the state bar chairs the membership committee – I think that’s going to change, but historically it has. So when I was vice-president of the state bar, I was president of the membership committee, and I just left last year when I became president-elect and there was a new vice-president. President.

What are your goals / plans for your year as ISBA President?

The main role I want to play is to support the overall direction and reinforce the new strategic plan that we have just adopted as a board of directors. It was a document that was developed with a lot of input not only from the many different perspectives of our Board of Governors, but through surveys of our members and even a few attempts to get input from lawyers from the ‘State which are not members of the State. bar.

I would say that apart from the focus on the strategic plan, I think there is going to be a need for continued attention to the ongoing fallout from the pandemic. COVID-19 is unfortunately not behind us, and I believe that over the past year the ISBA was able to serve as a fairly vital resource not only for state attorneys, but the courts as well. I want to make sure that the bar continues to be a relevant resource for different ridings as we continue to navigate this area.

Apart from COVID, do you foresee any other challenges in the coming year?

I am thinking of two buckets of different challenges. One is that of the most serious challenges for legal practitioners, which may involve a number of practical elements. We have not overcome the challenges of “How do lawyers provide legal services more effectively and ensure that the services we provide are accessible?” “

Access to justice is part of our mission statement, and this has posed particular challenges under COVID, but there are other parts that have nothing to do with the pandemic. I think the profession can still face external challenges in terms of business models. Are there any upcoming changes that include more artificial intelligence-based legal service delivery? What are the advantages and disadvantages of these developments?

The second bucket I would place in the very broad category of promoting the rule of law. I think lawyers and certainly courts have had particular challenges – I think I can even say unique – last year with the legitimacy of some of our structures. How to maintain public confidence in the legal system? I don’t have the answers to that, but I want the bar, as the voice of the profession, not to be indifferent to these conversations and to be able to try to summon different perspectives and ultimately to be a force for positive acceptance of the rule of law.

I relate this to what I consider to be the very proud tradition of ISBA, dating back to the 1920s and 1930s, when we were at times a lone voice speaking out to condemn the influence of the Ku Klux Klan in Indiana. It wasn’t necessarily a popular position to take, but I think it was both the right decision and a necessary one that is in line with our values ​​as lawyers, in line with our oath that we took as a lawyer. ‘lawyers and consistent with ISBA’s mission.

Are you considering addressing the issue of diversity in the legal profession?

Equity and inclusion is one of the four focus areas of our new strategic plan. Many years ago, one of my roles on the Membership Committee was to be one of the two co-authors of our diversity statement for our state bar. We have very consciously taken a broad view of “diversity” so that we are not just talking about racial diversity – although this is a key aspect, and perhaps the most important, but not the only aspect of diversity. Having these various contributions makes us stronger, makes us better lawyers, makes us better as an organization. I would say not only that this is an ongoing challenge, but that it is a matter of renewed focus, especially in the context of the new strategic plan.

How has ISBA benefited your career?

Probably the most immediate impact I received was from the Public Services Law Section, first when I was working at the Public Services Board, then when I was at Baker & Daniels on the Human Resources team. public services. This is still the majority of my practice. It’s not just “Well, this is what this order did to IURC”. We also try to get the big picture and we have sometimes been involved in advocacy actions. Our programming attracts not only the lawyers themselves, but also the administrative law commissioners and judges of the Public Services Commission.

How about convincing another lawyer to join ISBA?

I would ask them questions about their area of ​​practice, as one of the great values ​​of ISBA is a community of other lawyers in your area of ​​practice. We have some really wonderful listservs which are a great source, especially for young lawyers who can take advantage of free advice from other ISBA members in their field. There is no better place to network with other attorneys across the state. I would also like to note that whether they join or not, they benefit from the ISBA and its advocacy at the Statehouse. And finally, on an even more practical level, we have a fairly robust legal search engine that is provided as part of your membership to easily save you more than the cost of your dues just on legal research costs.