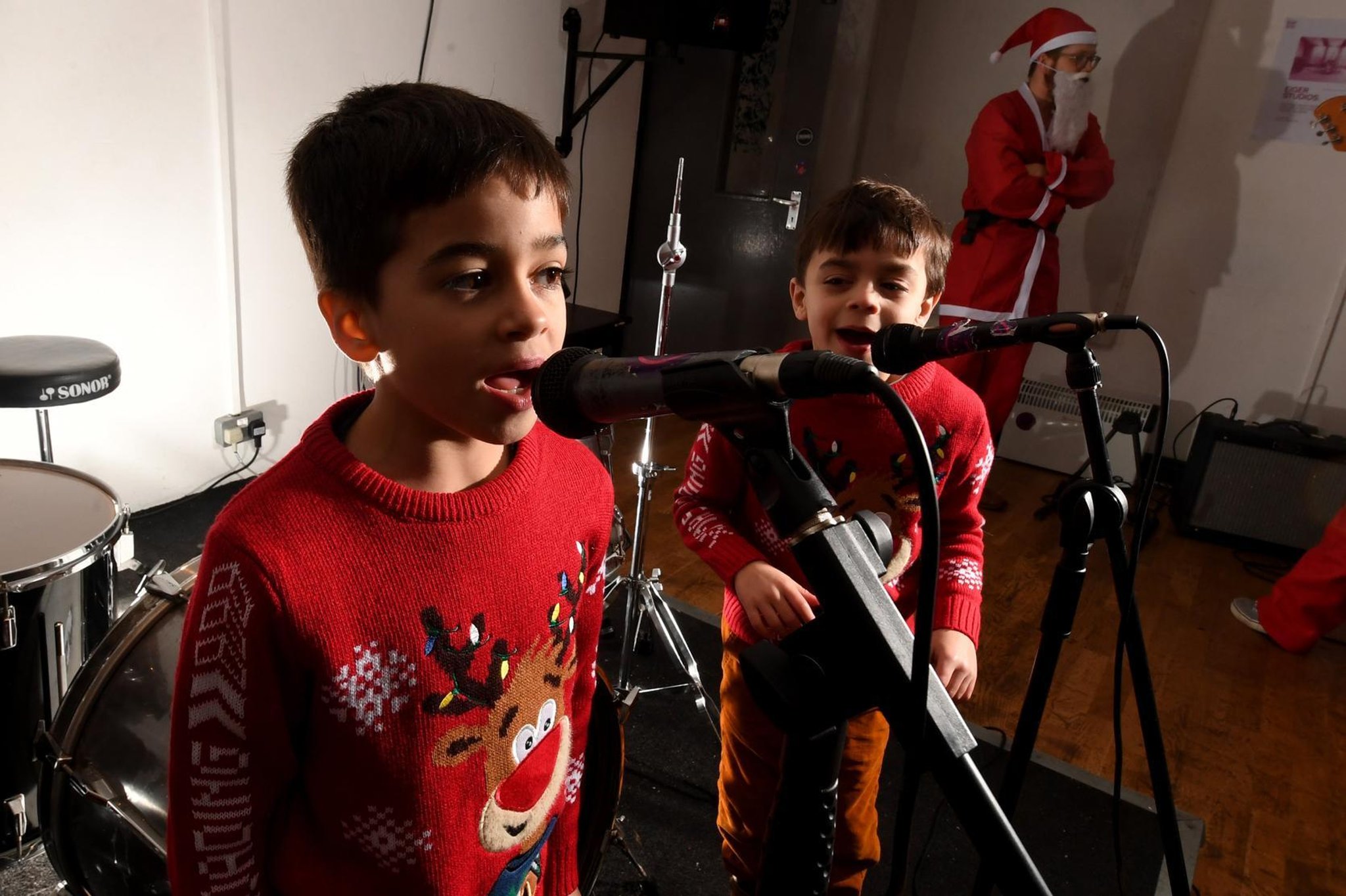 They recorded the festive track “Hurry Up Santa” – with a little help from their father Ian – to raise funds for the Leeds-based non-profit organization Helping Hands UK, a community service for the homeless. shelter and vulnerable people.

ADavid Blackburn, eight, and his little brother Sal, six, created the festive track “Hurry Up Santa” – with a little help from their father Ian, 35 – to raise money for the organization at Purpose Leeds-based nonprofit Helping Hands UK, a outreach service for the homeless and vulnerable.

Ian, a carpenter and musician, described the track as a ‘rock n roll party banger’ which he said aims to channel ‘the children’s excitement as Christmas approaches’.

Her son David, who sings the lead vocals on the track, said, “We did the song with daddy and we love it and if you buy it we can help people who don’t have homes or homes. family at Christmas. “

Register to our daily newsletter

Newsletter cut through the noise

The brothers played their track to their classmates at school, Broadgate Primary in Horsforth, and Daddy Ian helped publicize it via social media – with donations already totaling over £ 100.

Ian said: “Boys love to sing and listen to music. David is learning the piano at the moment and the guitar a bit.

“In fact, we wrote this last year, last Christmas. We had some free time with the lockdown and were just singing a lot.

“We wrote a Halloween song first, then we thought about writing a Christmas song.

“We just worked on it together. I had an idea for the structure and they really found most of the words themselves.

“We recorded it at home on the computer – I have a basic recording set up at home and we just did it over there in the guest room.”

He said the reaction to the track has been positive and the boys are proud of their involvement.

“They love to listen to each other and sing.

“People responded very positively – to the song and also to the general idea.”

Ian has volunteered with Helping Hands UK in the past, playing music at awareness evenings with members of his band The Burner Band, and so got to see first-hand the vital work he does.

He said, “They do outreach year round, so they go out every week to deliver food packages, hot meals, clothes and whatever else people need.

“They’re in a parking lot to donate food and we’ve just been invited to come and play some music and that’s really positive. Just a cheerful thing to do, bringing some celebration.

Helping Hands UK founder Toni Mella said: “The song is awesome and I love the way they support us – they’ve been doing it for a while. They are just wonderful people. “

It is hoped that the track will provide a welcome financial boost to the organization and those it helps at a crucial time.

Toni said: “The Christmas season is so tough, really. Not just for the people on the streets, but for anyone who just got back on their feet right after the lockdown. ”

Along with the singing boys, Papa Ian plays double bass and guitars on the track and his friend John Arnesen is on drums.

The single can be downloaded from https://davidandsal.bandcamp.com/releases and all donations received will go to Helping Hands UK.

There is also a link on the bandcamp to an Amazon wishlist to purchase items directly.

You better get moving, I think it’s even starting to snow.

Going through the names of the children, he might have missed.

Check if the children have been good or bad.

Give them the gifts they wished they had.

Everyone is waiting there under the tree.

To make a merry Christmas for you and me.

You better get moving, I think it’s even starting to snow.

Santa Claus feels groggy and he is tired all the time.

Rudolph is tired, he flies all night.

They’re having a good time so they’re doing well.

As long as all the children stay tight,

They will be at the North Pole in the morning light.

You better get moving, I think it’s even starting to snow. ng the song too!