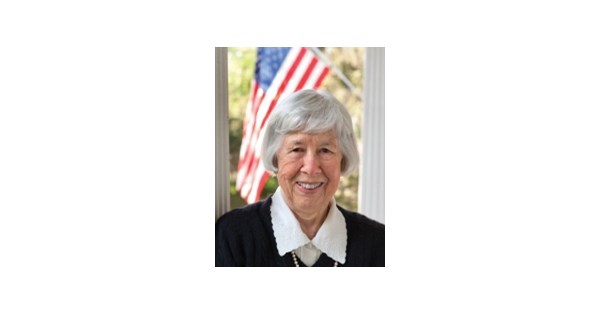 Ruth Christ Sullivan, Ph.D., 97, passed away in Huntington, W.Va. on September 16, 2021. Ruth Sullivan was a mother, expert and pioneer in the field of autism who is recognized in the whole world. She was an influential lobbyist and speaker who not only raised awareness about autism to the public, but improved conditions for people with autism around the world. She co-founded the Autism Society of America in the 1960s and was its first president-elect. She lobbied for the inclusion of autism in the landmark 1975 IDEA law, which required all American children to receive free public education, and she was the lead author of the autism-specific language of the law. . She founded and ran the Autism Services Center in Huntington from 1979 to 2007, and she successfully lobbied for public funding for the West Virginia Autism Training Center at Marshall University. After raising seven children, she earned the nation’s first autism doctorate from Ohio University at age 60. By the time she retired at 83, she had received dozens of awards and had been invited to speak around the world, including at the U.S. Centers for Disease Control and Prevention, and Argentina, Kuwait. , Ireland, Australia, Namibia and Mexico, among others. She was a loving mother and born leader whose unwavering focus and determination joined with a keen interest in kindness and fairness, especially towards the most vulnerable in society. The eldest of seven children, Ruth Marie Christ was born on April 20, 1924 to a Franco-German Cajun family of rice farmers in Mowata, Louisiana. During World War II, she graduated as a registered nurse from Charity Hospital in New Orleans in 1943, then joined the Army Nurse Corps, working at Fort Sam Houston in San Antonio, Texas. After the war, she returned to live with her family in Lake Charles, Louisiana, and became a public health nurse. She went on to obtain a Bachelor of Science in Public Health Nursing and, in 1952, a Masters of Public Health Administration, both from Columbia University Teachers’ College, where she also met her future husband, William P. “Bill” Sullivan, another graduate student and the US Navy. veteran who later received his doctorate from Columbia. They married in December 1952 and over the next 11 years they had seven children. Bill Sullivan was an English professor at Marshall University until his retirement. In 1962, they began to realize that their fifth child, Joseph, was not a normal little boy. In 1963, a psychiatrist diagnosed him with classic autism who told them the boy “would still be unusual.” Ruth Sullivan began to research, network and organize. In 1965, she co-founded the National Society for Autistic Children, now known as the Autism Society of America. In Huntington, Virginia, where the family moved in 1968, she started an information and referral service to answer questions she received from around the world. She won a $ 500,000 grant from the US government to publish the nation’s premier directory of autism programs. In 1979, she founded Autism Services Center (ASC), an agency in Huntington, W.Va., which eventually grew to provide services to thousands of people with autism and developmental disabilities in West Virginia. . In 1984, she successfully lobbied the West Virginia legislature for funding to start the Autism Training Center at Marshall University. In 2002, she also founded NARPAA, a national association for residential autism service providers. In 1988, Sullivan was contacted by the producers of the movie “Rain Man”. Actor Dustin Hoffman met her with Joseph before and during filming, and for the role of Raymond, he studied excerpts from a documentary about Joseph at the age of 24, “Portrait of a Young Man autistic “. Along with the other parents he consulted, Hoffman thanked “Joe Sullivan and his Mother” upon Oscar acceptance for the film in 1989, and she was listed in the film’s final credit. “Rain Man” has garnered numerous television appearances, with a mother and son interviewed by Oprah, Larry King, Maria Shriver, and CBS Morning News, among others, as well as a four-page article in People magazine. Sullivan has often said that the film does more to raise awareness of autism than all of his years of fieldwork. Ruth was a longtime parishioner of St. Joseph’s Catholic Church in Huntington. Throughout her life, she has been committed to “making every place better because you have been there”. His gift instilled this commitment in others by his own example. She was predeceased by her husband, William P. Sullivan, Ph.D .; his father, Lawrence Christ, his mother, Ada Matt Christ, his brother, Robert Christ, his sister Jeannette “Dena” Nodier; his brothers-in-law Jerry Buckingham, Ferdinand “Fred” Nodier, Joseph Sullivan and John Sullivan; her sisters-in-law Jackie Singer Christ, Madeleine Verdiere Sullivan and Catherine Sullivan. She is survived by her children, Julie Sullivan (David Winn), Christopher Sullivan (Jerri Tribble), Eva Sullivan (Frank Conlon), Larry Sullivan, Joseph Sullivan, Lydia Sullivan and Richard Sullivan; his siblings, Charles “CJ” Christ, Geraldine Landry (Lester), Frances Buckingham, Julie Miller (Remy); and dozens of grandchildren, great grandchildren, nieces and nephews. Services will be announced at a later date. The Klingel-Carpenter mortuary assists the family in the process. In lieu of flowers, expressions of sympathy can be directed at the Autism Services Center in Huntington or the West Virginia Autism Training Center at Marshall University. Family Guestbook at Klingelcarpenter.com To plant a beautiful memorial tree in memory of Ruth Christ Sullivan, Ph.D., please visit our tribute store.

Posted by Klingel-Carpenter Mortuary on September 19, 2021.